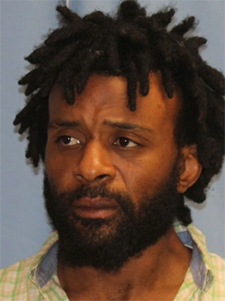 A guy in Arkansas was arrested for public intoxication on Thursday.  And when he was released at 2:40 A.M. . . . he stole a police SUV out of the jail’s parking lot to drive himself home.  So he was arrested again, but this time it was for felony theft.

So it looks like this guy’s trip to jail didn’t exactly make him rethink a life of crime.

A 33-year-old guy named Cordell Coleman from Little Rock, Arkansas was arrested on Thursday for public intoxication.  He got out of jail at around 2:40 A.M.

And when he got outside to the parking lot . . . he stole a marked police department SUV to drive himself home.

The cops easily traced it to an apartment complex about 10 miles away, where they found Cordell inside.

When they asked him what possibly possessed him to steal a police car from outside the jail, they say his response was, quote, “unintelligible.”

He was arrested for felony theft and he’s still in jail.