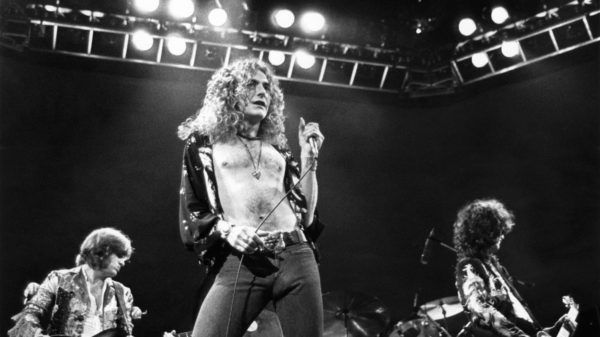 Over Labor Day weekend, the first trailer for “Becoming Led Zeppelin” premiered at the Venice Film Festival on Saturday, Sept. 4th. This will be the first documentary the band has ever authorized. The band’s guitarist Jimmy Page spoke at the event and shared how many previous offers came off as “pretty miserable,” “Miserable and also to the point where they would want us to be concentrating on anything but the music, and consequently I would recoil immediately from that sort of thing,” stated Page.

“Becoming Led Zeppelin” came off as very different though. “it’s everything about the music, and what made the music tick. It’s not just a sample of it with a talking head. This is something in a totally different genre.” stated Page. The guitarist then went on to describe what the film is about, noting the band member’s “different careers and ways of approaching things.”

The film will cover the band’s origins but will still heavily focus on the music they created. Exclusive interviews with Jimmy Page, Robert Plant and John Paul Jones will all be included in the film as well as a never before seen interview with the band’s late drummer, John Bonham. Producers claimed they had to dig through an archive of 30,000 recordings to find the original audio.

“Becoming Led Zeppelin is a film that no one thought could be made. The band’s meteoric rise to stardom was swift and virtually undocumented. Through an intense search across the globe and years of restoration of the visual and audio archive found, this story is finally able to be told.” said producer MacMahon.

“The time was right for us to tell our own story for the first time in our own words, and I think that this film will really bring this story to life.” stated Zeppelin’s bass player, John Paul Jones.

You can check out the trailer here 🔽